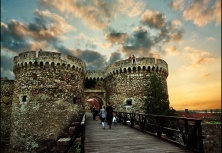 This is the most recognizable symbol of Belgrade.
​ "Hill for meditation" preserves Belgrade’s history from the 1st to the 21th century.
For more details: www.beogradskatvrdjava.co.rs
​ 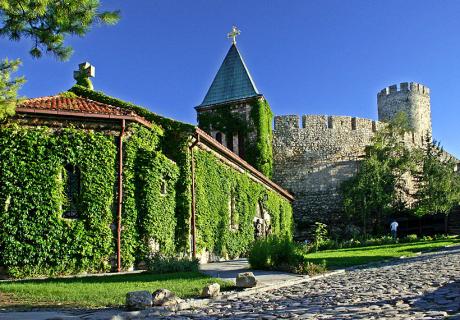 Ružica Church (Ružica - means Little Rose) - Church of the Nativity of the Most Holy Mother of God  is located in the Kalemegdan, Belgrade. A church of the same name existed on the site in the time of Stefan Lazarević (1393 - 1427) but who and when built it - nobody knows. During its long history it has been destroyed and renewed several times.
In 1925 the church was rebuilt from donations by women of Belgrade whose family members had taken part in the liberation struggle. Its chandeliers made entirely of spent bullet casing,swords, and cannon parts.
There are a lot of folk tales about the Church.
It is on lists of Top 10 unique churches and Top10 interesting Ortodox churces.
Church Ruzica on You Tube

Erected in honor of Saint Petka. The chapel was built in 1937 at the place of an original church which was built in the late 15th century. It is on the spot of miraculous spring. 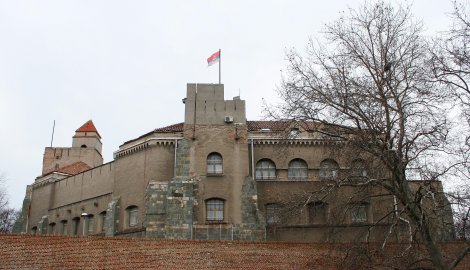 The museum has over 30000 ancient and modern items. Recent exhibits address NATO actions against Serbia in the 1999's, including the use of cluster bombs,depleted uranium, and graphite bombs, some of which may have violated international law. A well-known exhibit features parts of a US F-117 stealth
aircraft which was downed by a Serbian S-125 Neva/Pechora.

It was founded by the Decree of Prince Milan Obrenović IV on August 22nd 1878 on preposition of Minister of Army, colonel Sava Grujić. It was yet another manifestation of celebrating Serbia`s Independence. First permanent display was opened in 1904 according to 100th Anniversary of First Serbian Uprising and as a part of King Petar`s Coronation Ceremonies.

Museum was then placed in a humble building from Turkish period, just beside the Roman Well. Soon after the foundation, Museum has entered the Europe by participating on the Balkan Expo in London in 1907. There, with around 100 carefully chosen objects, Museum had attracted the attention of London public and it was described in local newspapers.

Museum’s building was demolished in First World War, and collections were mostly destroyed or were seized by occupation troops. Again more than two decades had past before the new Display has been opened. King Aleksandar I Karadjordjević issued a Decree of Founding the Military Museum in Kingdom of Yugoslavia. Brigadier Vojislav Vuković, majordom of Royal Court became a director of Military Museum. Systematical collecting of objects started and numerous donors, former soldiers and their descendants responded. Their names were signed in a special „Golden Book“, work of a famous Russian artist Vsevolod Guljevič. The book is still being kept in the Military Museum.

During the Second World War collections suffered new devastation, as wellas during Allied bombing of Belgrade in 1944 when were destroyed museum buildings and collections. In new conditions, after the Second World War, new work on collecting objects started, especially from the previous war. Museum collections were significantly enriched, especially with objects from War and Revolution, and Military Museum became an important institution of new country.
The current museum building built in 1924 for purposes of Military-Geographical Institute. In 1956 the building was given to Military Museum. 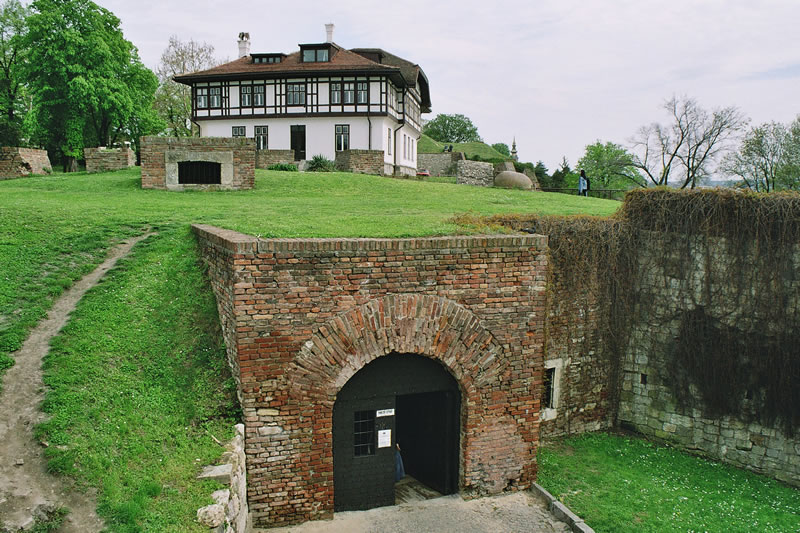 For those who like legends and mysteries.
The well was built during the baroque Austrian reconstruction of the Fortress, in the period between 1717 until 1731, when it was named “The Big Well”. The name “Roman Well”, first mentioned in the nineteenth century, came as a result of folk tradition according to which most of the structures of forgotten origin were linked to Romans. A vaulted hallway leads to the central area containing the well. The well was examined in detail in 1940. The research team determined that the well, at least its major part, is hollowed out in a lime watertight rock and that it does not interrupt the flow of natural spring waters. Surface waters, which descended from the Upper Town’s plateau filling the well with water, compensated for the lack of natural springs and inability to connect with the River Sava. In such manner, the well served as a tank from which people took water using a special wood mechanism functioning as a pump.
(Source: the official site of Belgrade Fortress)